Before the issue of cannabis visited the psyche of Davenport, it was clear that some local leaders were picking a path to ban “all things marijuana.”[i] As far away as two years ago, before Florida’s state election on medical marijuana (MM) known as Amendment Two was passed, former-mayor Darlene Bradley wanted to prohibit anything related to the cannabis plant,[ii] via a moratorium, legalese for thinking about a prohibition or ban.

To get the ball rolling, Bradley issued the first reading of her moratorium in a Special Meeting[iii], which occurred just one day after Florida voters overwhelmingly showed their support for Amendment Two.[iv] The reason given?

According to their analysis, Davenport’s commissioners told us that because “the land development regulations of the city currently do not address … cultivating, processing, distributing or selling medical marijuana … the city wishes to allow for sufficient time to research, study and analyze the potential impact … upon adjacent uses and the surrounding areas, traffic, surrounding property values, demand for city services and other aspects of the public safety and welfare.” [Oh, no! Not the dreaded health, safety, and welfare (HSW) argument.]

It appears that in spite of the moratorium, there was no expectation as to who would be doing their said research: the commissioners on their own time (certainly not during meetings) or city staff. Staff were apparently never asked to furnish, so they never did furnish Commissioners with MM research, not in terms of traffic, not on impacts on other properties, not on demand for city services and nothing on the HSW of Davenport’s adults, many who are elderly, who live in the city and who are the most likely ones in our population to need MM to treat depression, inflammation, weight loss, and other medical issues and pharmaceutical needs, a.k.a., HSW. With all this wealthy absence of research, is it any wonder that Davenport shot itself in the foot at their Monday meeting?[v]

As plain as day-old oatmeal, it was evident that not one of the commissioners did research that compared the pros and cons of a ban. Instead, they directed staff to create subjective information to support an ordinance that minimized the evidence in support of MM and maximized the evidence to prohibit.

They did that in spite of the reality that in 2016, not only did 70% of Florida voters approve MM, within the boundaries of the City of Davenport, 70%[vi] of voters also supported the measure with 2,381 votes, more than any votes acquired by any commissioner in the history of Davenport.

For example, Commissioner Tom Fellows decided to doubt the numbers, claiming that there weren’t even 3,200 voters in the city.  Fellows was wrong. In 2016 there were between 3,525 registered voters who cast votes within the limits of the city.

Our commissioners are willing to approve stores selling alcohol but not one medical store? Because they are afraid of the marijuana part? Apparently unaware that a form of marijuana called cannabidiol (CBD) is already being sold in Davenport, their decision will bear the consequence of killing the product line of at least local business.

At their February 19 meeting, Commissioners began a review of their Ban Ordinance.[vii] The NRA-loving and garrulous, un-elected Commissioner Brynn Summerlin[viii] said, “I am completely against marijuana of any kind …” because he couldn’t “get [his] head around it.”

May I suggest a new head, then, Brynn?

Why are we apparently the only ones around here ready, yes, ready to ban the shit out of this stuff? According to The Ledger, “Dispensaries have been approved in … Lakeland, Winter Haven, Auburndale, Fort Meade, Haines City, Lake Alfred and Lake Wales.” Polk County has even stepped up to the plate and now treats dispensaries like pharmacies. Why can’t Davenport?

Because the commissioners feel that, with a ban, they can do research later to determine if they should revoke it. Oh! Like all that healthy absence of research that was supposed to have been done during the moratorium? Instead, in relative ignorance, our all-male corps of commissioners chose to birth an unnecessary ban.

All over the state, leaders are saying that the MM industry in Florida is so well-regulated it could be considered exhaustive. According to Florida law firm Greenspoon Marder LLP, MM law really, already includes “exhaustive regulations on dispensaries, including a limitation on the number of facilities that can be located within a particular region.  Further limitations or a ban on dispensaries within a county or municipality only creates more barriers for patients in need of access to medicine.”

Florida Senator Rob Bradley, no relation to the bad Bradley, said, “We have strict limitations on advertising and signage, and all of these dispensaries are required to have a doctor’s office feel.”

According to WUSF, Florida law stipulates that dispensaries are to be treated as pharmacies for zoning purposes. Davenport has no zoning ordinances for pharmacies, not that we have any pharmacies to regulate. Regardless, wouldn’t it make more common sense to have started with creating an ordinance to regulate pharmacies?

While according to the March 19 planning discussion, “If a local government permits dispensing facilities, it may not impose limits on the number of dispensing facilities.” However, if Davenport passes an ordinance to limit the number of pharmacies, wouldn’t that solve the evil number issue? When given this question, Commissioners had no response to this inquiry of incalculable good sense.

Except for the ignorant reputation of marijuana in general, dispensaries come at us as small-box stores in a wholly clean industry. They’re cleaner than pharmacies and they’re definitely cleaner than the Summerlin’s family business known as The Hotel, a restaurant that racks up on average one restaurant inspection violation per quarter.[ix]

While it is rumored that traffic is a big issue with dispensaries in south Florida, Lake Worth city manager rejects the notion that their city has problems. According to WPTV, ‘“Lake Worth City manager Michael Bornstein pushed back against the concerns …. The fears may be kind of blown out of proportion,” he added. “This isn’t anything dealing with anything illegal.” This is nothing like dealers selling BS on our street corners.

Parking, however, is a potential dilemma with the most popular dispensaries, such as TruLieve. At their Tampa location, whilst I was smuggling 25-pounds of feta cheese from Tampa to Davenport, it was clear that their parking lot was overflowed and there was no obvious alternative for consumers, but to leave and come back.

But parking? Isn’t that an issue that can be fixed by ordinance?

Suffering from decades of neglect towards its business community, both in terms of attracting viable businesses and in implementing code control measures that would ensure these businesses are outwardly attractive,[x] Davenport can’t afford to lose the economic development opportunities that this industry offers. It is not only a profitable industry but, like hospitals, it is a base industry, which means it spawns other businesses and brings outside money into the area. According to CNN Money, “This includes cultivators [farms], manufacturers, retailers, dispensaries, distributors, deliverers and test labs,” all of which are clean industries.

In the case of marijuana, we could also expect professionals to take an interest in our area, businesses such as doctor’s offices and law firms, as well as good restaurants, coffee shops, bookstores, and tourism firms. For those working within a dispensary, a.k.a, a store, wages range from $9.22 to $22.21 per hour, better than most jobs one can acquire within city limits these days.

In just two years experts are predicting that this market will exceed $1 billion. According to the Miami Herald, “Surterra (will be) grossing $138 million in sales by 2021 thanks largely to the operation of 55 retail outlets.”

That’s an average of $2.5 million expected per dispensary. If only one of those could make it into the city.

Apparently, Davenport had already been approached by one company, not a dispensary but “the largest [company] in the United States and would be bringing 55 to 65 jobs to the area.” A dispensary would create far fewer, more like 15-20 jobs, but they are well-paying. Either way, Davenport’s not going to be attracting employers offering decent pay, in a clean industry that will help Davenport patients, not anytime soon.

As for Summerlin’s point that Davenport would not make money via local taxes, again he was wrong. “In 2015, a study by the EDR estimated the potential annual sales tax revenue from medical marijuana for both state and local governments increase by $67 million, with projected sales of $1.4 billion.”

Our Board of Commissioners

The ban on MM was passed on the commissioners’ first reading of their ordinance. If you are one of those 2,381 constituents who supported Amendment Two, please give your opinion directly to those who voted against you. Below are each of our commissioners with a link to their email addresses.

[ii] Bradley was charged with two felonies before she resigned. Compare that to a simple charge of possessing 21 grams (28 grams = 1 ounce) of marijuana, also a felony in Florida.

[vii] While this was the commissioners’ actual first reading of their ban, it was referred to as their “discussion.” 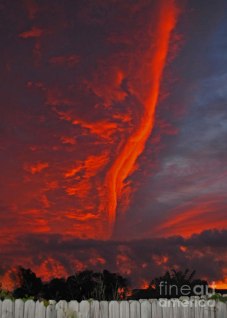