Last week, City of Davenport, Florida, commissioners met a contentious audience regarding an ordinance, 881, that might get on the ballot in April.

On Valentine’s Day and the day before qualifying ends for the upcoming election for the mayor’s seat and one commissioner’s seat, and because of that audience, City Hall will allow for a second reading of 881. They will hold this second hearing on 2/14/19 at 5:30 PM.

First, it’s not about love. In short, 881 has to do with changing the city’s Charter. What is being proposed is to turn the normally elected position of mayor into one that is appointed by the other commissioners.

When I first heard of 881 I thought the commissioners wanted to take away our vote. Not the case at all.

881 would place the responsibility on the commissioners that they are sensible enough to make the right choice for the position of mayor. If you consider the average age of our commissioners, it would be in the wise-age range.

Yep, wise-age. Isn’t it about time that we, the people, give them a little more responsibility, one that is commensurate with their knowledge?

As was obvious in the last commission meeting, an over-the-top level of animosity exists in this community when it comes to the mayor’s position. That’s been obvious.

Where it comes from? Everybody knows, at least most voters do.

We’ve got some rotten apples working our political arena. As Commissioner Brandon Kneeld said it best, with 811 “we would be eliminating a lot of the animosity that we’re seeing … from individuals attempting to cling onto power that is slipping away from them.”

Other benefits of 881 is that it would simplify our election cycles, and it would in essence evaluate the person holding the position of mayor every single year. That’s far better than term limits. And, it would give vital information to the commissioners on the wishes of voters.

And as current Mayor Rob Robinson singled-out, it would “stop the abuse of power of the mayor’s position.” In spite of that, Robinson perplexingly voted against the measure on first reading and I’m wondering if he’s going to perplex us again on Valentine’s Day.

Anyway, having been on the receiving end of the bad apples, I would wildly applaud the end of that abuse, except some people already think I’m crazy so I’ll just sit silently. Nonetheless, I support 881 and encourage all of my readers to vote Yes on getting it on the ballot, then, Yes again when it’s on said ballot.

Update: 02/14/19 – The ordinance being placed on our future ballots passed 3 to 2 with Bobby Lynch and the Rob Robinson opposing. 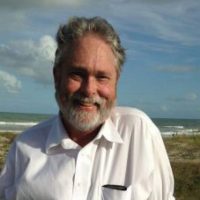 Today's generation is financially illiterate, so I am going to attempt to change that one person at a time.