It is told that every time a gun-related incident grabs the headlines, Florida gun supporters cringe in their boots (and flip flops) and they’re likely to be cringing now more than usual this holiday season here in Polk County. With two “suicides by cop” and a Christmas Eve murder-suicide making headlines, gun advocates must be quaking.

According to Polk County’s Sheriff Grady Judd, the victim (or perps, depending on your view) of suicides by cop have “every right to purchase and own … firearm[s].” That statement came on the heels of Polk’s board of commissioners equally making headlines with a head first approach to making the county a “Second Amendment Sanctuary.” Yep, you heard that right: a sanctuary for one amendment of the U.S. Constitution.

The long and the short of it is that – with the exception of Sarasota and Highlands counties, which rejected sanctuary language – 15 out of 67 Florida counties have already adopted sanctuary resolutions but, note, these are only resolutions, not ordinances nor laws. They have the legal weight of nothing whatsoever except to project each county’s acceptance of a dangerous new wave of gun supporters.

Conspiracy theorists cite the Democratic presidential debates as the source of this wave but it goes far deeper than that. The Second Amendment Sanctuary is a nationwide movement with extremist viewpoints.

For example, Bearing Arms warned that gun-control advocates will need to “address the concerns of gun owners or prepare for selective enforcement and massive noncompliance of their beloved gun control laws,” a sentiment found in other gun owners. Citing the 10th Amendment, as in a call for the masses to rise up, Boyd Robertson of Lakeland said that “Polk County should … protect its citizens from a possible future disobedient and oppressive federal government.” The local newspaper, The Ledger, joined in too with its own warning that “the CDC and the Department of Health and Human Services might declare gun violence a public health menace,” as though their research would accomplish more than what we already know: guns are in fact a public health menace.

“A database compiled by … Mother Jones … detailed 114 mass shootings committed since 1982 … [in] 74% of those shootings, the killer acquired his or her gun legally.” That is what gun supporters fear, thus the sanctuary movement.

Commissioner John Hall is the head of the Polk movement in a county with street names like Rifle Range Road and Gunstock Drive. Hall believes that a resolution will defend gun owners against what is seen as restrictive gun laws, such as Florida’s red flag law which permits almost anyone to petition the state for the removal of handguns from others deemed dangerous. Hall believes that the right to bear arms is threatened and a resolution is needed to protect that right. A sanctuary resolution will do far more than that and not in a good way.

If Polk is perceived by outsiders to be a safe haven for gun ownership, it could become a magnet for hoarders and the paranoid, basically unstable folks who fear confiscation. Avon Park resident Gail Benedict reminded her audience in Highlands County that “it only takes one person that is looking for a leeway to cause a mass shooting.” A Second Amendment Sanctuary resolution could be that opening. Is that what Polk really wants?

If a gun owner is threatened every time someone is killed, then they should imagine how the rest of us feel knowing that they’re crazy enough to own a gun in the first place. As the ole cliché goes, if you’re not breaking the law (such as the ones that protect everyone else’s right to live), then what are you so afraid of? 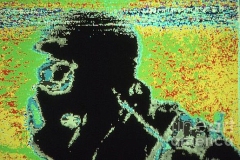